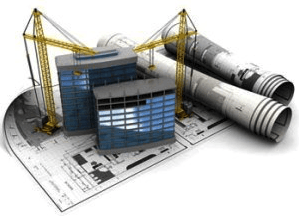 A Cheshire based company had built four apartments with total land and build cost of £200,000 and the properties were valued at £440,000.

Lenders had been approached by our clients and all were either not interested as they were property developers, or wanted them to leave some of their money in the project so they only had had access to a maximum loan of £180,000. This was seriously going to affect their future projects and expansion plans.

By getting to know their medium and long-term strategy we presented this to a specialist property lender. By outlining their plans the lender was satisfied that the company had a long-term viable plan which they wanted to support and offered 75% of the value to them. So we have two happy directors who now have an extra £150,000 to go towards their next project.

Searchlight Finance Limited is registered in England and Wales No.07929050 Searchlight Finance Limited is authorised and regulated by the Financial Conduct Authority and is entered on the Financial Services Register (http://www.fca.org.uk/register) under reference 743220. The FCA do not regulate Business Buy to Let Mortgages or most Commercial Mortgages and Bridging Finance. ICO Number Z3109319. Your property may be repossessed if you do not keep up repayments on a mortgage or any debt secured on it.