Commercial Mortgage for a Day Nursery 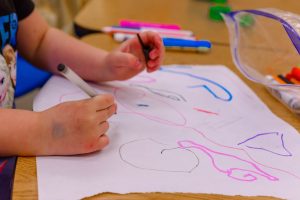 We were introduced to a Cheshire based day nursery group. They had a recent history of low profitability and losses due to “tax planning”. They required a commercial mortgage to move premises as they had outgrown their current home.

Due to the lack of profits in their accounts, they had been declined by several lenders. We explained in detail where the money had gone over the last three years, added back several items of one-off expenditure and compared it to the historical performance of the business. This ensured the commercial mortgage was agreed by a lender they had already approached at a lower interest rate. We knew how to present the application to them and the children and staff are now enjoying their new setting.

Searchlight Finance Limited is registered in England and Wales No.07929050 Searchlight Finance Limited is authorised and regulated by the Financial Conduct Authority and is entered on the Financial Services Register (http://www.fca.org.uk/register) under reference 743220. The FCA do not regulate Business Buy to Let Mortgages or most Commercial Mortgages and Bridging Finance. ICO Number Z3109319. Your property may be repossessed if you do not keep up repayments on a mortgage or any debt secured on it.